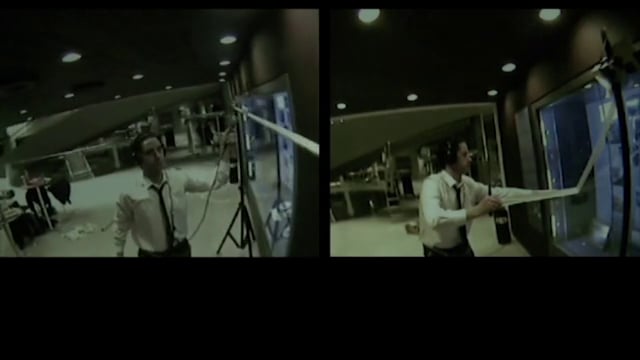 Precision in the notation pays off. What is produced is a whole menagerie of small sounds, often animated...

What if music wasn’t just heard, but seen? Simon Steen-Andersen’s innovative compositions blur the line between contemporary music and performance art. In his video work Run Time Error, he blazes a musical trail through the theater’s backstage spaces, making the building itself sing by playing the furniture, walls, plumbing—whatever crosses his path. (He’ll create a new version during his residency at Miller, and remix it live in performance.)

The JACK Quartet are his able partners for this Opening Night show, conceived as a nonstop theatrical experience. The performance employs whammy pedals, outlandishly modified bows, and video projections, subverting the concert experience and creating a musical performance that is as much about sight as it is about sound.