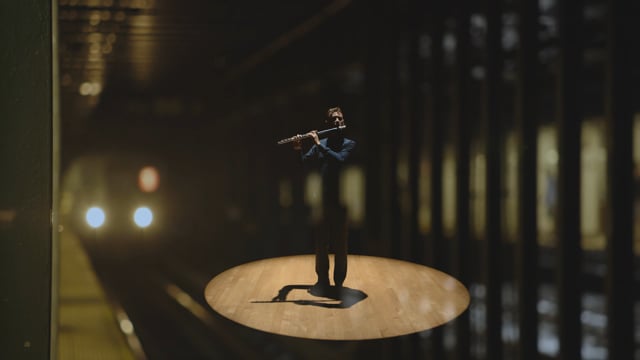 If there’s one thing you might safely expect from a Tim Munro concert, it’s not merely that it will...

Until recently, Tim Munro was the charismatic flutist of Grammy-winning new music group eighth blackbird. In this evocative program, he makes his New York solo debut, combining music, storytelling, and song with dreamy lighting and a bevy of new works. The composers featured run the gamut stylistically, from post-punk guitarist to literature buff to Pulitzer Prize finalist. Through their works, Munro explores the time between sleep and waking, that fertile moment when we remember and tell our tales, before drifting off to dreaming.