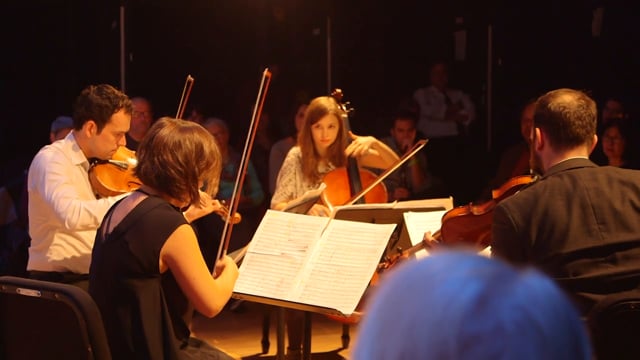 Bring a friend, grab a drink, and join some of today’s most interesting performers onstage at Miller Theatre on select early evenings.

This Pop-Up celebrates childlike inspirations, and the wonder of creativity. Sean Griffin’s Pattycake is a musical riff on a simple clapping game, while Helmut Lachenmann’s Ein Kinderspiel, or “Child’s Play,” was designed to be technically simple enough that a child could play it (as Lachenmann’s daughter did at age 7). The members of Ensemble Signal discover the depth beneath these seemingly straightforward surfaces. The performance is rounded out by a work from Reiko Füting and Elliott Carter’s Two Diversions for piano.

Concerts start at 6 p.m. Admission is on a first-come, first-served basis, and doors open at 5:30 p.m.